Eomesodermin (EOMES), also known as T-box brain protein 2 (Tbr2), is a transcription factor belonging to the T-box family. EOMES shares high homological DNA-binding domains to the T-bet factor, a regulator for Th1 cell development and differentiation, suggesting they will bind to the same DNA fragments.

In humans, EOMES was originally recognized as a critical factor for vertebrate embryogenesis. In the immune system, EOMES is highly expressed by activated CD8+ T cells and NK cells but not by naive T cells, which coordinates with T-bet playing a significant role in the formation and development of memory and effector CD8+ T cells. EOMES is an inducer but not the key for the expression of interferon (IFN-γ) in CD8+ T-cells. EOMES is also a regulator for the genes encoding essential effector molecules, such as perforin, granzyme B, and CXCR3. Besides, recent evidence reported that EOMES expression favored both thymic and peripheral T cells differentiate into long-survival memory cells. Moreover, the EOMES factor is essential for the development, maturation, proliferation, and effector functions of natural killer cells. These transcriptional regulations on T lymphocytes and natural killer cells make the EOMES factor, together with the T-bet factor, potential targets for the development of immunomodulatory therapies. 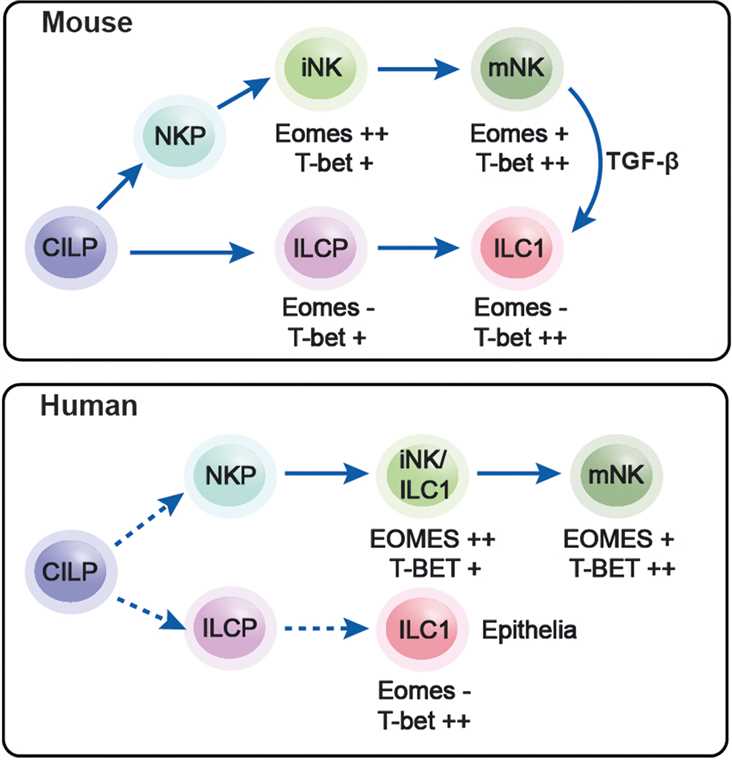 Fig.1 NK cells and ILC1 developmental pathways in mouse and human, with relation to T-bet and Eomes. (Zhang, 2018)

Similar to the T-bet factor, Eomes also is a critical transcription factor for γδ T cells. It has been detected that naive γδ T cells constitutively express the Eomes factor at a low level, but significantly increased the expression of Eomes factor as well as IFN-γ after activation. Further studies showed that these Eomes-containing γδ T cells mainly distributed in spleen tissues, among which γδ T cells subsets with Vγ1+ TCR and Vγ4+ TCR accounted for the majority. The transduction of dominant-negative Eomes into activated wild-type and T-bet deficient γδ T cells both led to decreased production of IFN-γ, particularly in Vγ4+ γδ T cells, suggesting that Eomes factor exerted an important role in IFN-γ production by γδ T cells in a T-bet-independent manner. And the IFN-γ secretion mediated by the Eomes factor was critical for the antitumor immune effector function of these γδ T cell subsets. 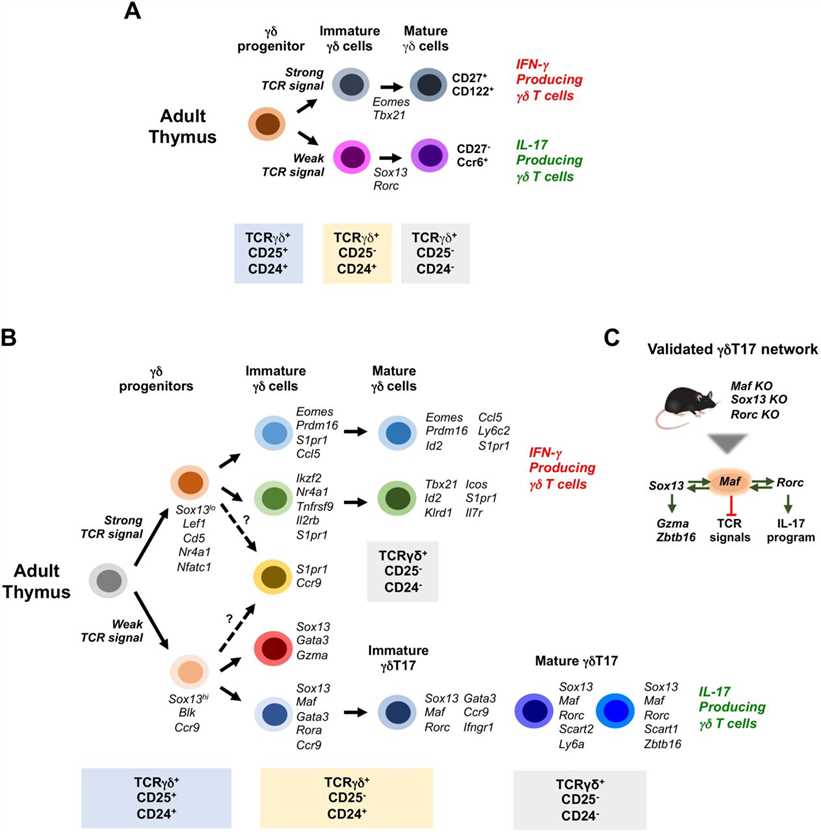