Until recently, inflammatory chemokines were still considered to be the "goalkeepers" necessary for immunity and inflammation. The chemokines associated with γδ T cells also have the power that cannot be ignored.

γδ T cells are a unique subgroup of T lymphocytes. At the level of effector cells, they have strong cytotoxic activity and the ability to produce a variety of cytokines, just like the traditional αβ T lymphocytes. These include protein chemokines, which play an important role in leukocyte migration, activation, and threshing. In terms of T lymphocyte biology, chemokines and their corresponding cellular receptors are involved in the development of T cells in the thymus, the arrangement of T-B cell interactions, the differentiation of effector T cells, and the development of memory T cells. The regulation of chemokine receptors and the production pattern of local chemokines play an important role in the localization of γδ T cells under physiological and pathophysiological conditions such as infection, inflammation, and tumor defense. 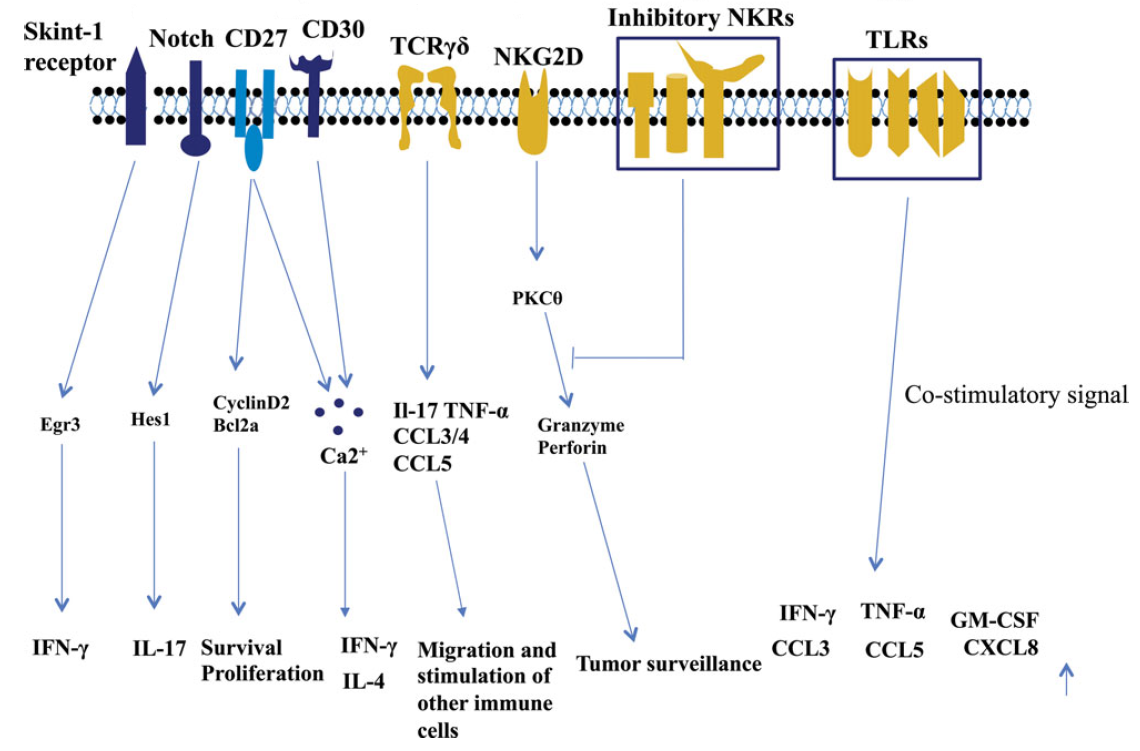 Chemokines and chemokine receptors play an important role in the migration of T lymphocytes, not only for αβ T cells but also for γδ T cells. At present, the important role of several chemokines in different diseases is being studied.

Tumor-infiltrating lymphocytes (TILs) are important prognostic factors in cancer progression and key players in cancer immunotherapy. Although γδ T lymphocytes can target a diversity of tumor cell types, their clinical manipulation is hampered by limited knowledge of the molecular cues that determine γδ T cell migration toward tumors in vivo. The research has set out to identify the chemotactic signals that orchestrate tumor infiltration by γδ T cells, which has used the preclinical transplantable B16 melanoma model to profile chemokines in tumor lesions and assess their impact on γδ TIL recruitment in vivo. It has been proved that the inflammatory chemokine CCL2 and its receptor CCR2 are necessary for the accumulation of γδ TILs in B16 lesions, where they produce IFN-g and display potent cytotoxic functions. Moreover, CCL2 directed γδ T cell migration in vitro toward tumor extracts, which was abrogated by anti-CCL2 neutralizing Abs. Strikingly, the lack of γδ TILs in TCRd-deficient but also in CCR2- deficient mice enhanced tumor growth in vivo, thus revealing an unanticipated protective role for CCR2/CCL2 through the recruitment of γδ T cells. Importantly, it has demonstrated that human Vδ1 T cells, but not their Vδ2 counterparts, express CCR2 and migrate to CCL2, whose expression is strongly deregulated in multiple human tumors of diverse origin, such as lung, prostate, liver, or breast cancer. Research has identified a novel protective role for CCL2/CCR2 in the tumor microenvironment, while opening new perspectives for modulation of human Vδ1 T cells in cancer immunotherapy.