γδ T cells are a population of innate-like T lymphocytes characterized by T-cell receptors (TCRs) composed of γ and δ chains. They are widely distributed in the peripheral blood (PB) and mucosal tissues. γδ T cells have been revealed to exert dual roles in tumor immunity. On the one hand, γδ T cells suppress tumor occurrence by multiple mechanisms, including cytotoxicity against infected or tumor cells, cytokine and chemokine production, antigen-presenting functions, and regulatory abilities. On the other hand, γδ T cells exert suppressive effects on antitumor responses. 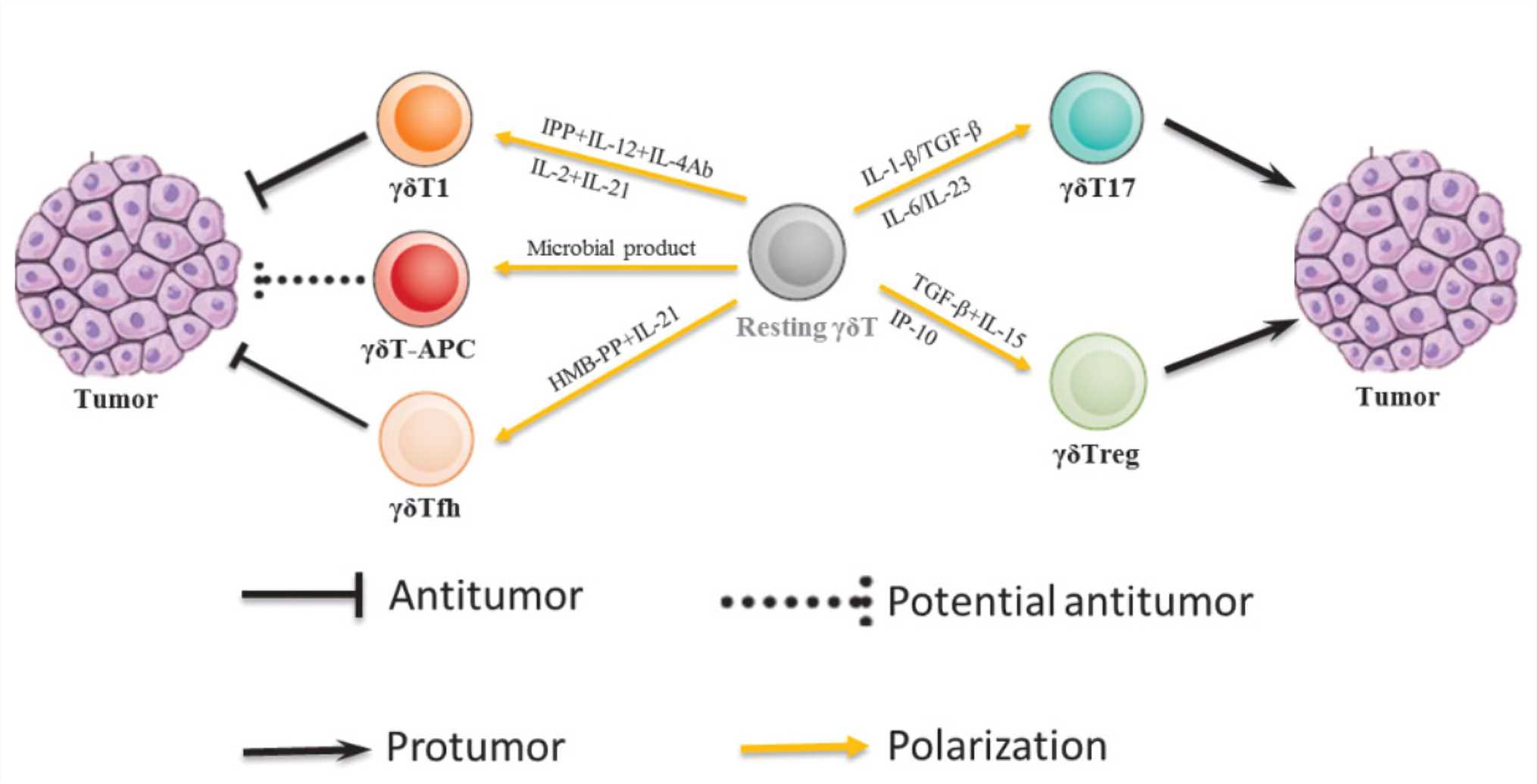 Vδ2 is almost exclusively paired with Vγ9 to form Vγ9Vδ2 T cells, which are uniquely activated by phosphoantigens. Vγ9Vδ2 T cells have been indicated a strong anti-tumor ability against various tumors such as cholangiocarcinoma, breast cancer, and other cancers.

Vδ3+ γδ T cells mainly exist in healthy peripheral blood and the liver. Little research has been done on their effects on the tumor process.

Similar to αβ T cells, γδ T cells can be divided into different subsets based on their different functions.

Effector γδ T cells include IFN-γ-producing cells, IL-17-producing γδ T cells, and Follicular T helper (TFH) cells. They are involved in the regulation of tumor progress directly. γδ T17 cells can produce IL-17 which is a pro-inflammatory factor and associated with the development of chronic tissue inflammation and autoimmune diseases.