c-Maf is a member of the basic leucine zipper transcription factors belonging to the AP-1 family. It has been shown that c-Maf is overexpressed in multiple myeloma (MM), enhancing tumor-stroma interactions. In the monocyte/macrophage lineage, c-Maf is essential for macrophage self-renewal. 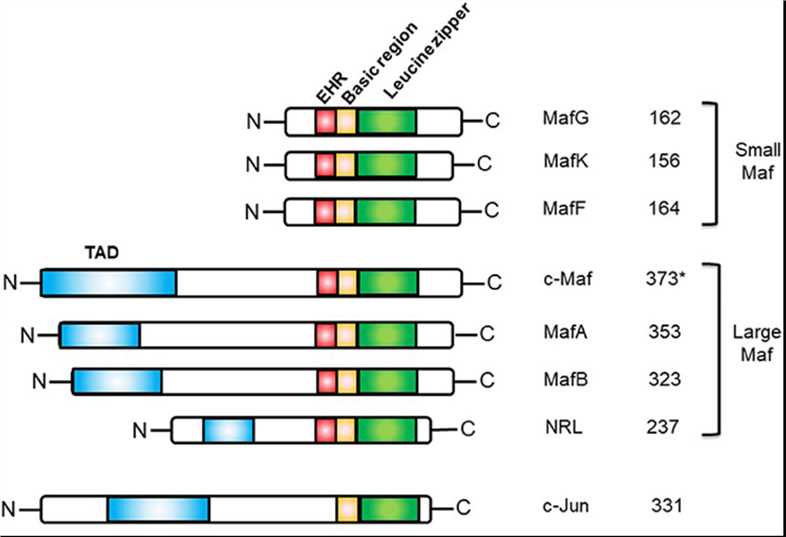 c-Maf expression and activity are regulated at transcriptional, post-transcriptional, as well as post-translational levels. Transcription factors and RNA-mediated silencing control the amount of Maf transcripts, while phosphorylation will modify the activity, subcellular localization, and half-life of the protein.

In T cells, antigenic stimuli that modulate the stability of the c-Maf encoding mRNAs and/or the c-Maf protein may also induce the expression of transcriptional activators, or may cooperate with independent transcriptional stimuli, such as cytokine-driven STAT factors to induce c-Maf transcription. The selective use of those pathways by different stimuli and in distinct cell populations provides the potential for tailoring c-Maf expression to different circumstances.

c-Maf is not expressed in CD8 T cells at a steady state. The expression of c-Maf in CD8 T cells was first described in tumor-infiltrating lymphocytes (TILs) obtained from a mouse melanoma model and melanoma patient.

Overexpression of c-Maf in CD8 T cells leads to a strong repression of IFN-γ and IL-2 production, and an increased expression of genes associated with T cell exhaustion. A dysfunctional state of T cells observed during chronic infections or in tumor-infiltrating lymphocytes (TILs).

When c-Maf was knocked-out in tumor-specific CD8 T cells, those cells had a much higher capacity to restrain tumor growth through increased IFN-γ production and increased survival.

The combined upregulation of multiple type 2 cytokines by c-Maf transgenic T-cells correlates with disease attenuation in some, but not all, models of diabetes. In the model of spontaneous diabetes, c-Maf significantly inhibits disease. Because diabetes in this model is dependent on major histocompatibility complex (MHC) class II restricted CD4 T-cell effector function, disease inhibition is most likely a consequence of the c-Maf-mediated early shift in type 2 cytokines produced by antigen-specific CD4 cells. c-Maf had no significant direct effects on T-cell proliferation in vitro or peri-insulitis in vivo. 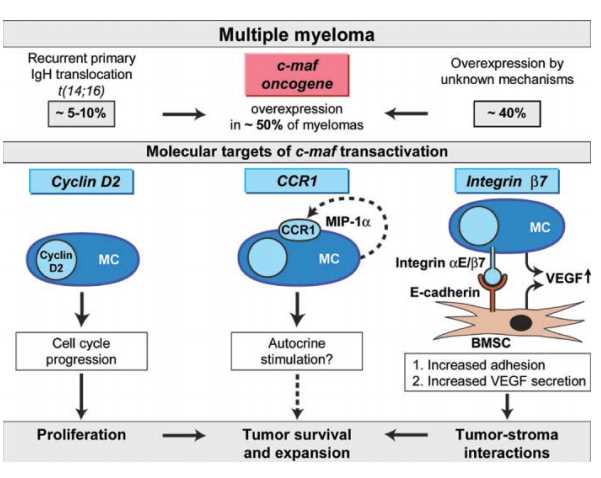 Fig.2 The oncoprotein c-Maf and its transactivation targets in multiple myeloma. (Kienast, 2004)

Many proteins secreted by γδ T cells play an important role in immune regulation. To better understand and explore the role of these proteins, Creative Biolabs has a series of related services in terms of γδ T cell. If you have any questions, please contact us.