As innate lymphocytes that recognize and kill many tumor cells, γδ T cells are now being studied as a promising target for tumor immunotherapy. Meantime, the relationship between γδ T cells and cancer is complex, γδ T cells not only can motivate but also inhibit tumor growth. In addition to tumor cell killing, γδ T cells express a range of cytokines and other soluble factors in response to tumors, including vascular endothelial growth factor (VEGF).

VEGF, also known as vascular permeability factor (VPF), is produced by several cell types, such as tumor cells, platelets, renal mesangial cells, keratinocytes, and macrophages. The activities of VEGF not only work in the vascular system, but also has normal physiological functions, including hematopoiesis, bone formation, wound healing, and development.

Generally, anti-VEGF methods to treat cancers were designed to target the pro-angiogenic function of VEGF and thereby inhibit neovascularization. Nevertheless, anti-VEGF therapies may have a dual effect due to the evidence of the existence of both paracrine and autocrine VEGF loops within tumors. Besides, research also demonstrated that direct stimulation of tumor cells via VEGF may protect the cells from apoptosis and enhance their resistance to conventional chemotherapy and radiotherapy. Also, it has been proven that chemotherapy and radiotherapy can improve VEGF within tumors, and this enhanced VEGF may protect tumor cells from these interventions. 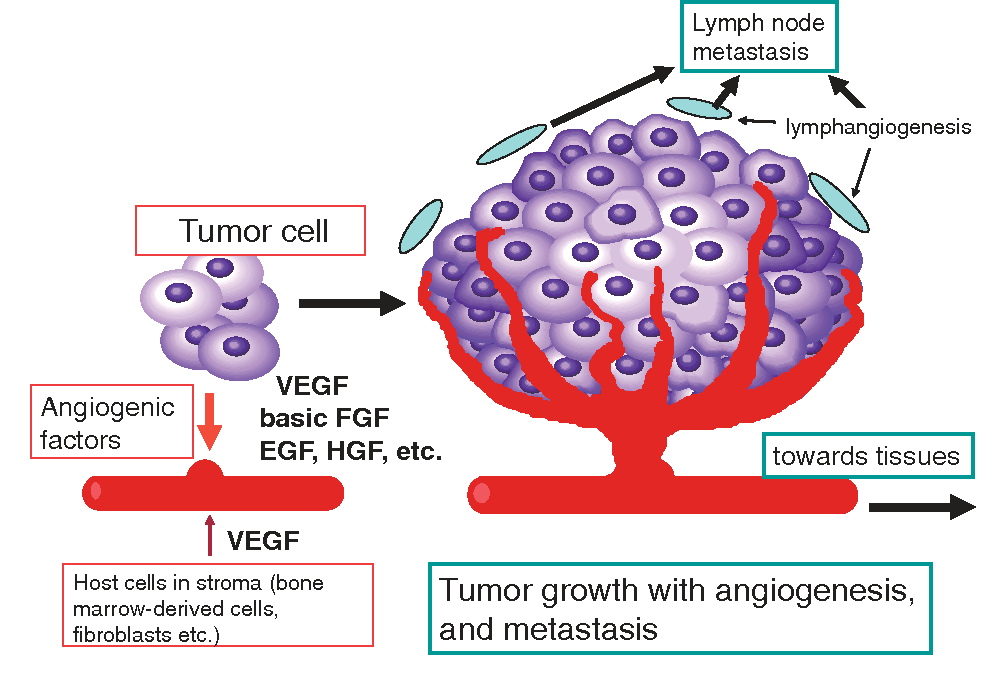 Fig.1. Tumors and host cells in tumor-microenvironments secrete a variety of angiogenic factors such as VEGF. (Shibuya, 2011)

In a previous study, human Vδ2 and Vδ1 T cells were expanded and shown to generate several growth factors, such as IGF-1, EGF, VEGF, ANG, and PDGF. When these cells were cultured with a neuroblastoma cell line, the Vδ1 cells produced decreased amounts of these growth factors, however, Vδ2 cells produced slightly improved amounts. This result suggested that Vδ1 γδ T cells may be better at enhancing antitumor responses to this type of tumor, partially due to their decreased expression of growth factors.

Recently, a clinical study examining the treatment of patients with zoledronate and IL-2, and found an improvement in VEGF levels in these patients. Besides, an expansion of γδ T cells and other immune cells were also observed, supporting the possible role of γδ T-cell-derived growth factors in human cancer. The interesting thing is that when compared those with leukemia, VEGF was more pronounced in patients with solid tumors. Furthermore, whether γδ T cells take part in this improvement of VEGF production is unknown.

Overall, to better understand the complex role of γδ T cells in cancer and promote the effectiveness of γδ T-cell immunotherapy, further studies are necessary that examine the cytokine profiles of gd T cells in response to tumors and immunotherapy, as well as identify ways to best manipulate this profile for the benefit of the patient.