KGF is a unique member of the fibroblast growth factor (FGF) family. KGF was shown to be secreted from fibroblasts mainly in the stroma and act on epithelial cells through KGFR in the normal skin of fetuses and adults.

KGF is a well-characterized epithelial mitogen and is produced by cytokine activated mesenchymal cells. Injection of recombinant KGF into rats increases gut epithelial proliferation. KGF transcripts are abundantly expressed in the mucosa in inflammatory bowel disease (IBD). Besides, in a model system of T cell-mediated crypt hyperplasia, KGF is involved in increasing epithelial proliferation. While the majority of evidence suggests that in the gut KGF is made by stromal cells, there is evidence that in mice epithelial γδ T cells can also make KGF.

KGF mRNA expression is increased in patients with inflammatory bowel disease, in those with colorectal cancer, and a starvation mouse model. γδ-TCR+ IEL helps preserve the integrity of damaged epithelial surfaces caused by dextran sodium sulfate, by providing a localized delivery of KGF. KGF appears to be needed for growth in other epithelial tissue. Dermal γδ-TCR+ lymphocytes were found to be needed for adequate epithelial wound healing in a mouse model.

γδ T cells also differ from conventional T cells in that they do not require priming to elaborate effector activity and appear partially activated in the resting state, which led to the notion that epithelial-resident γδ T cells recognize and respond to tissue-specific distress. As epithelial cell mitogens, KGF-1 and KGF-2 can potentially induce keratinocyte proliferation. The enhanced expression of KGF mRNA has been detected in fibroblasts during wound healing, and KGF mRNA was found to be localized only in the epithelial cells of wounded skin. 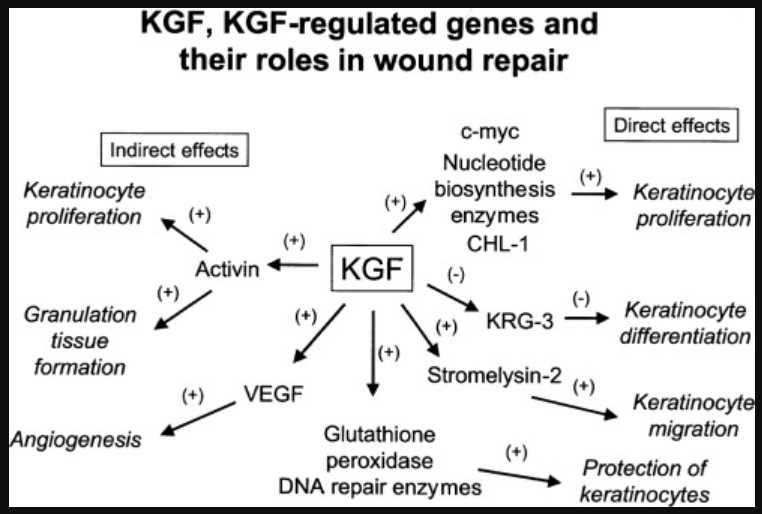 The effect of γδ T cells on tumor growth is related to different cytokines. Understanding the role of factors secreted by γδ T cells in cancer is helpful to better use γδ T cells for immunotherapy.

KGF and KGFR played an important role in human middle ear cholesteatoma formation, as characterized by the hyper-proliferation of epithelial cells. Also, the electrophoretic transfection of KGF gene-expressed vector induced middle ear cholesteatoma formation. Transcription factor p63 is known as a marker of epidermal stem cells, which was overexpressed in a hyperproliferative epithelium. 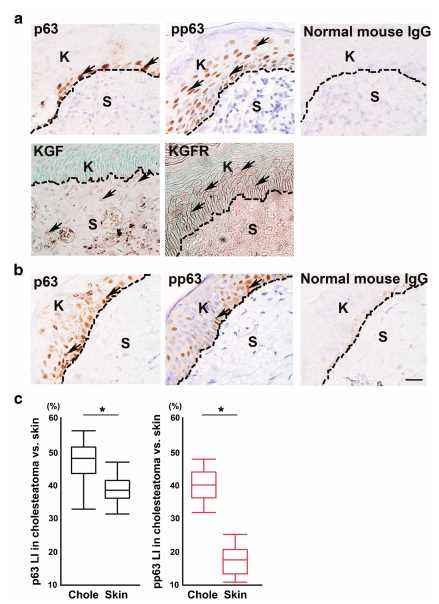 Creative Biolabs can provide γδ T cell therapy development services for worldwide customers. We also offer products that can meet every customer's requirements. If you have any questions, please contact us.