What are Natural Killer Receptors (NKRs)?

Natural killer receptors (NKRs) generally refer to characterized receptors on the surface natural killer (NK) cells which play a crucial role in the innate immune response by recognizing and lysing the infected and tumor cells. As a subset of effector lymphocytes in the innate immune system, NK cells accurately recognizing infected or transformed cells and exerting effector functions are tightly regulated by a series of activating and inhibiting receptors. 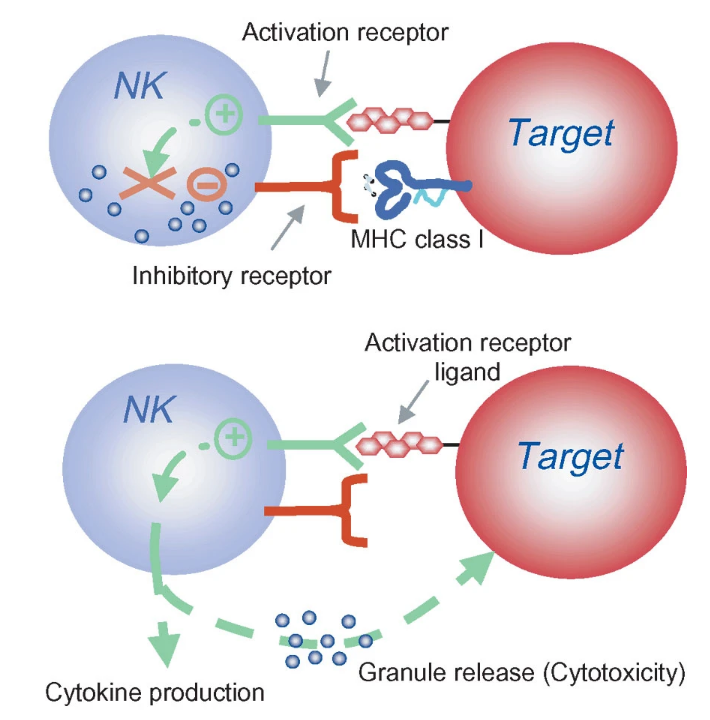 Fig.1 NK cell activation is controlled by the integration of signals from activation and inhibitory receptors. (French, 2003)

γδ T cells are a small group of unusual T lymphocytes characterized by expression of the γδ T cell receptor ((γδ-TCR), serving as important arms in the immune response to infections and tumors. In addition to the featured γδ-TCR, γδ T cells also express a range of co-receptors or costimulatory molecules, which activate and induce various effector functions of γδ T cells. The important co-receptors on the surface of γδ T cell sharing with NK cells mainly include NKG2D, NCRs, DNAM1, and KIRs, by which these γδ T cell NKRs interact with specific ligands and mediate a significant role in the recognition and cytotoxicity on cancer cells. All these receptors and reactive ligands are promising targets for γδ T cell immunotherapy development for cancer treatment. 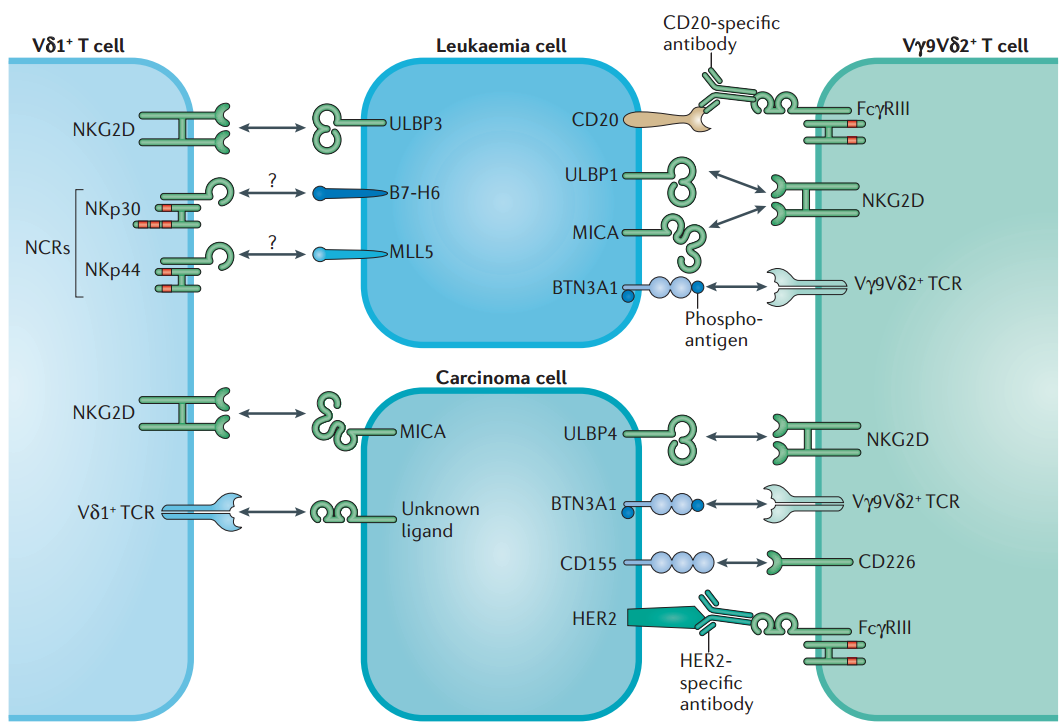