Renal cell carcinoma (RCC) is a kidney cancer that originates in the lining of the proximal convoluted tubule, a part of the very small tubes in the kidney that transport primary urine. RCC is the most common type of kidney cancer in adults, responsible for approximately 90–95% of cases.

RCC is a type of kidney carcinoma originated from the inner wall of the proximal convoluted tubule, which is a part of the very small tubules in the kidney that transport primary urine. RCC is the most common kidney cancer in adults, accounting for about 90-95%. Immunotherapy has always been the main treatment for patients with advanced RCC. Despite clinical studies of various anticancer drugs, high-dose interleukin (IL)-2 immunotherapy is still the only treatment that can produce sustained or even complete response in a small number of patients with metastatic RCC. Therefore, it is understandable that many groups are still actively seeking novel approaches to manipulate the patient's immune system to evoke more effective immunotherapeutic responses for the treatment of advanced RCC. 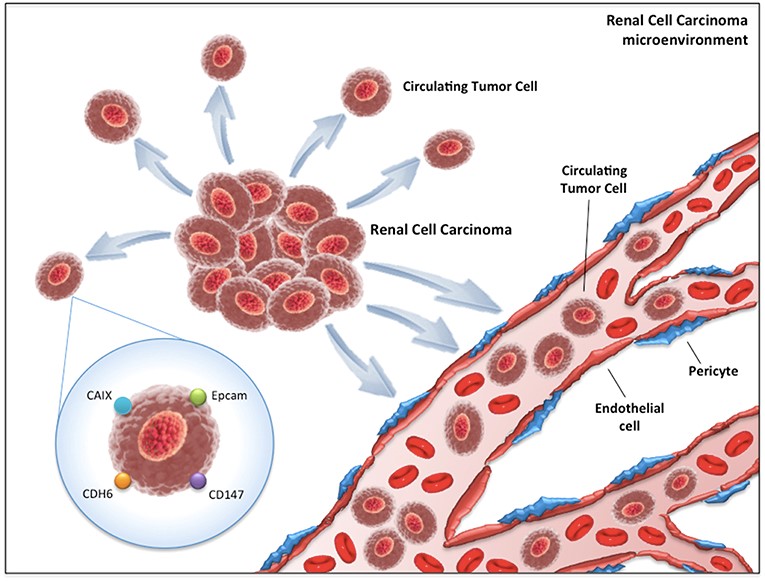 Most of the immune responses mediated by human T cells are provided by T lymphocytes, and more than 95% of them express αβ TCR. In contrast, only <5% of circulating T cells express γδ TCR, and they have been shown to selectively lyse renal cancer cells. Adoptive immunotherapy with γδ T cells is an experimental method for the treatment of advanced RCC. The basic principle of this method is mainly based on the following aspects: 1) it has been reported that the relative abundance of γδ T cells in monocyte infiltration of RCC is increased; 2) γδ T cells are related to some pathological features of RCC; 3) it has been proved that the γδ T cells stimulated by pyrophosphate derivatives have cytolytic activity against RCC target cells in vitro. 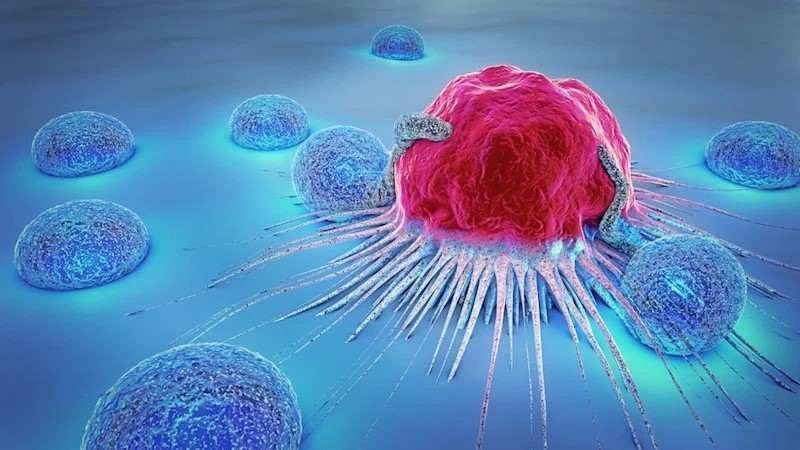 In the cell therapy treatment research of RCC, a phase I/II clinical trial of adoptive transfer of γδ T cells to patients with advanced RCC has been conducted. The experiment recruited 11 patients who underwent nephrectomy and had lung metastases. A synthetic pyrophosphomonoester antigen 2-methyl-3-butenyl-1-pyrophosphate (2M3B1PP) was used to stimulate peripheral blood γδ T cells obtained from patients in vitro, and combined with zoledronic acid (Zol) and teceleukin (recombinant human interleukin-2) transfer together. The expanded γδ T cells showed strong cytotoxic activity to tumor cells in vitro, and the proportion of peripheral blood γδ T cells in the CD3(+) cells usually reached a peak 3 to 5 days after metastasis. According to the definition of Response Evaluation Criteria in Solid Tumors (RECIST), the tumor doubling time of all 11 patients was prolonged. The clinical trial showed that the combined adoptive transfer protocol of γδ T cells with Zol and IL-2 is well tolerated and can achieve objective clinical responses in some patients with advanced RCC.

What Can We Do?

The current γδ T cell-based tumor immunotherapy has low efficacy. This may be due to the mixture of anti- or pro-tumor γδ T cells used in adoptive immunotherapy, coupled with the fact that γδ T cells can be polarized from anti-tumor cells to primary cancer cells. Therefore, future treatment methods include clearing tumor-specific γδ T cell subsets before treatment, adoptive therapy with multiple immune cells, changes in cytokine balance in the tumor microenvironment, and combining γδ T cell adoptive immunotherapy with immune checkpoint inhibitors.

Creative Biolabs has a lot of experience in the field of T cell therapy. At present, we are also involved in the research of γδ T cells, and are committed to contributing to the research of RCC γδ T treatment. If you want to get more information, please feel free to contact us.