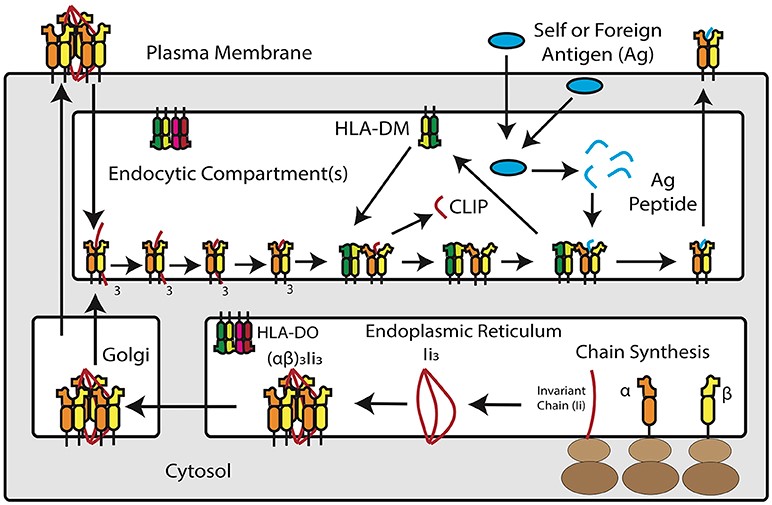 Studies have shown that activated Vδ2 T cells express cell adhesion molecules, including CD86, CD80, and MHC-II, which display the characteristics of professional APCs. Vγ9Vδ2 T cells have the unique characteristics of recognizing non-peptide phosphorylated antigens. These cells react strongly in vitro to the stimulation of microorganisms or synthetic phosphoantigens. They play a vital role in anti-infection immunity and anti-tumor surveillance.

MHC-class II alleles are the main genetic factor of susceptibility to many autoimmune diseases. MHC-class II molecules are constitutively expressed on dendritic cells, B cells, and monocytes, but can be induced to express on mesenchymal and epithelial cells under inflammatory conditions. The genetic background of the host, especially the alleles of MHC-class II (IA or IE for mice; HLA-DR, -DP or -DQ for humans), can affect the cytokine bias (immune deviation) of T cell response to antigenic stimulus in vivo, as demonstrated in several autoimmune disease mouse system. 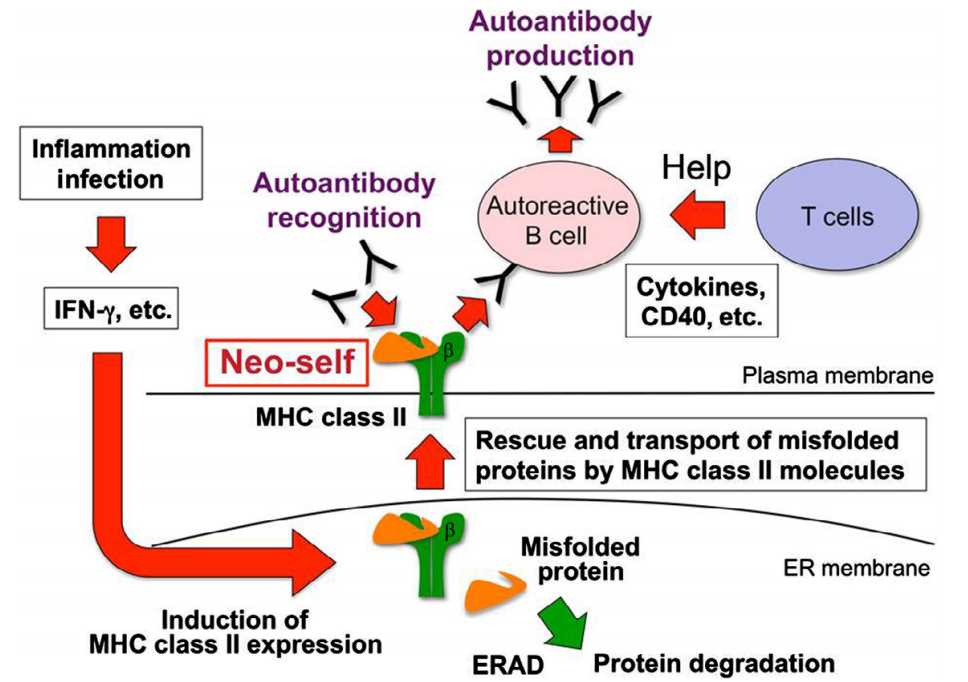 Previous studies have demonstrated that γδ T MHC-II can present and cross-present antigens from soluble proteins, and also confirmed that γδ T cells in human blood can take up large fragments from intact cells through the process of phagocytosis or trogocytosis. In addition, the antigens associated with these large (>1 μm) structures can be processed by γδ T cells and presented to other T cells. Therefore, when activated γδ T cells are co-cultured with transformed cells, tumor cells can not only serve as targets for γδ T-mediated killing but also as a source of tumor-associated antigens, which are expressed from γδ T cells to tumor-reactive αβ T cells.