Insulin-like peptides exist in insects and are encoded by multigene families that are expressed in the brain and other tissues. Upon secretion, these peptides likely serve as hormones, neurotransmitters, and growth factors, but to date, few direct functions have been demonstrated. In Drosophila melanogaster, molecular genetic studies have revealed elements of a conserved insulin signaling pathway, and in other animal models, it appears to play a key role in metabolism, growth, reproduction, and aging.

γδ T cell hybridoma derived from a mouse of the non-obese diabetic (NOD) genetic background (hybridoma SP9D11 expressing Vγ4 and Vδ10 TCR genes) responded specifically to the insulin peptide B:9-23. The response was TCR dependent. SP9D11 cells also responded specifically to pancreatic islet cells but not to the intact insulin molecule. Specific reactivity to the B:9-23 peptide was also seen with several other NOD-derived γδ TCR-expressing hybridomas.

Scientists compared the stimulatory capacity of fresh B:9-23 in the stimulation of γδ T cell hybridomas. The peptides were untreated vs. those that were intentionally oxidized, either by prolonged exposure to ambient air, or by adding copper chloride. The experiments assembled show that oxidation substantially enhanced the ability of the wild-type B:9-23 peptide to stimulate SP9D11 cells. In contrast, a B:9-23-reactive αβ T cell hybridoma did not respond to the oxidized peptide. Additionally, it has been revealed that γδ hybridomas responding to the insulin peptide (i.e., B:9-23 peptide) did not require APCs but required the cysteine in position 19 (Cys19).

These findings suggested that while oxidation of Cys19 is not required for the αβ response, it might be critical for the γδ response. 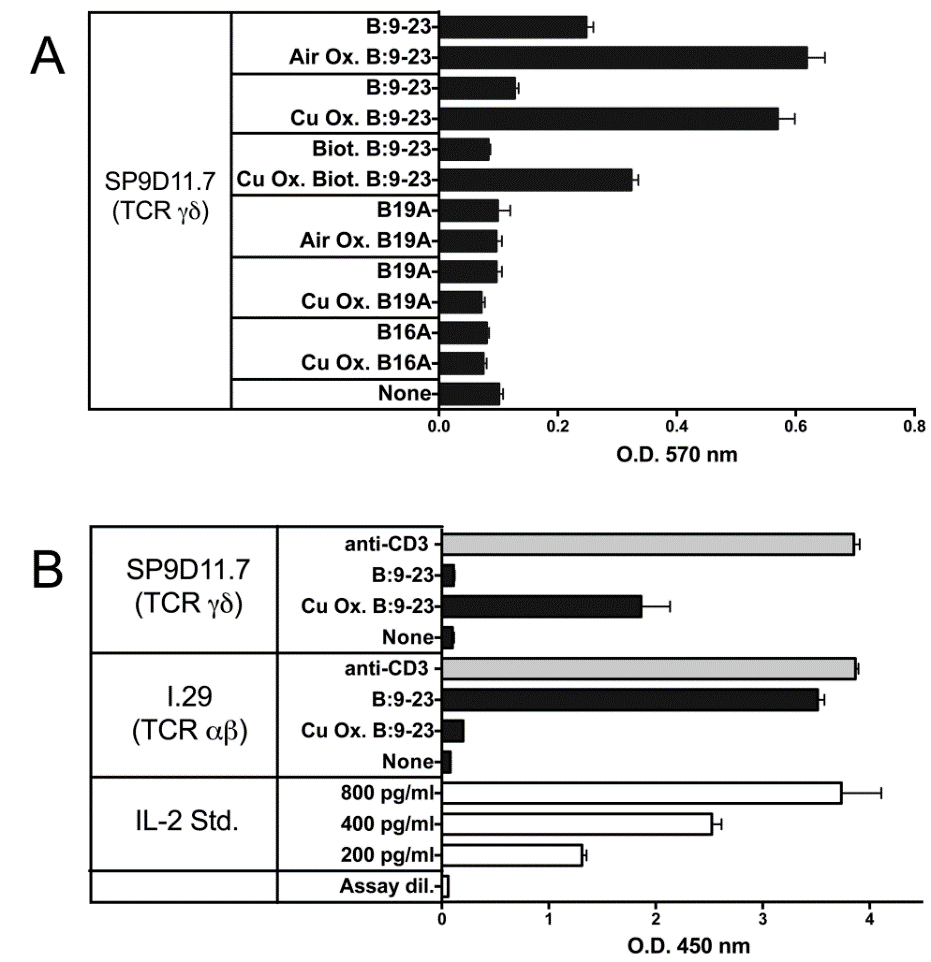 TCR-dependence of the response to the oxidized dimeric B:9-23 peptide was confirmed by using the transfectoma (5KC-SP9D11), which responded to the purified dimeric peptide whereas non-transfected 5KC cells failed to respond. The purified monomeric peptide did not elicit any responses.

Several hybridomas expressing diverse Vγ4+ TCRs, commonly found among γδ T cell populations in the lymphoid organs, but the liver and the lung failed to respond, despite considerable variation in their expression of TCR-Vδ and CDR3 regions.

However, the SP9D11 cells and one other hybridoma expressing Vγ4 that responded to the insulin peptide, TCR-Vγ4+ clones can potentially be B:9-23 peptide responders. 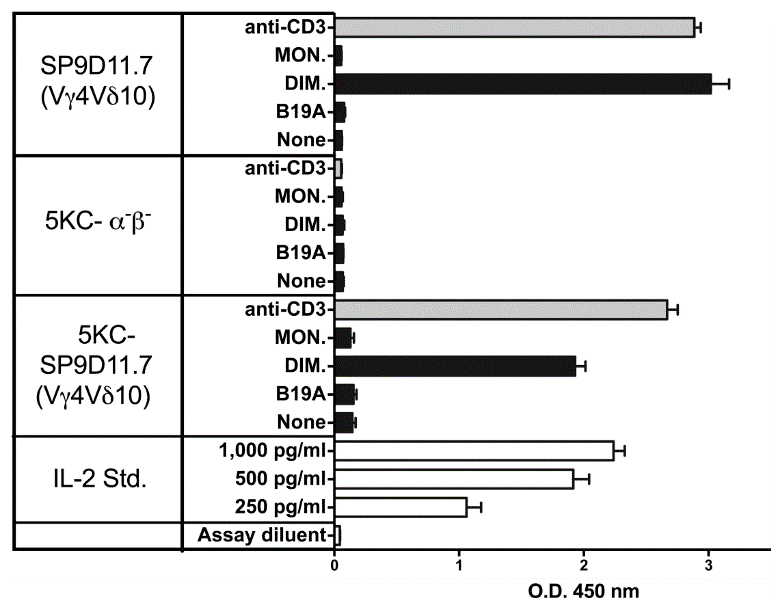 Creative Biolabs provides γδ T cell therapy development services, γδ T cell receptors services, and other high-quality services in terms of γδ T cell. Our team will sincerely provide you with one-stop service. You can also tell us your ideas, and our experts will communicate with you to help you design the most suitable project. If you have any questions, please contact us.