HSPs are a large family of highly conserved proteins involved in assisting protein folding and unfolding in the cells. HSPs are expressed constitutively as well as inducibly and, interact with antigen-presenting cells to induce the expression of various cytokines and chemokines as well as the maturation and migration of dendritic cells, thus acting themselves as cytokines. 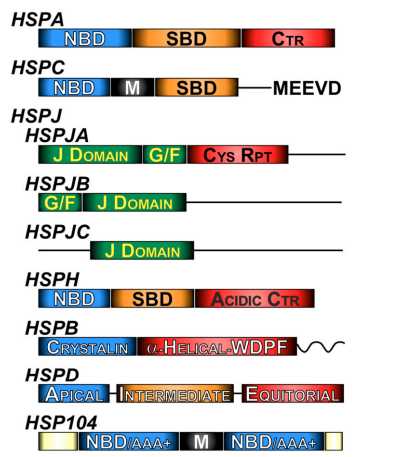 It has been shown that HSPs are released after cell death or necrosis of tumors and can activate a plethora of non-APC such as al3 T cells, γδ T cells, NK cells NK-T cells, mast cells, and platelets. The γδ T-cells recognize HSPs expressed on the cell surface of tumor cells and become activated. The activated γδ T cells lyse the tumor cells with specificity, which further stimulate adaptive immunity against cancer due to the release of intracellular materials containing HSPs complexed with tumor antigens. In this way, γδ T-cells, such as intraepithelial T-lymphocytes in the epithelium keep vigil for any transformation in neighboring cells or nascent transformed tumor cells, and efficiently eradicate them, completing the elimination phase of the immunosurveillance mechanism. 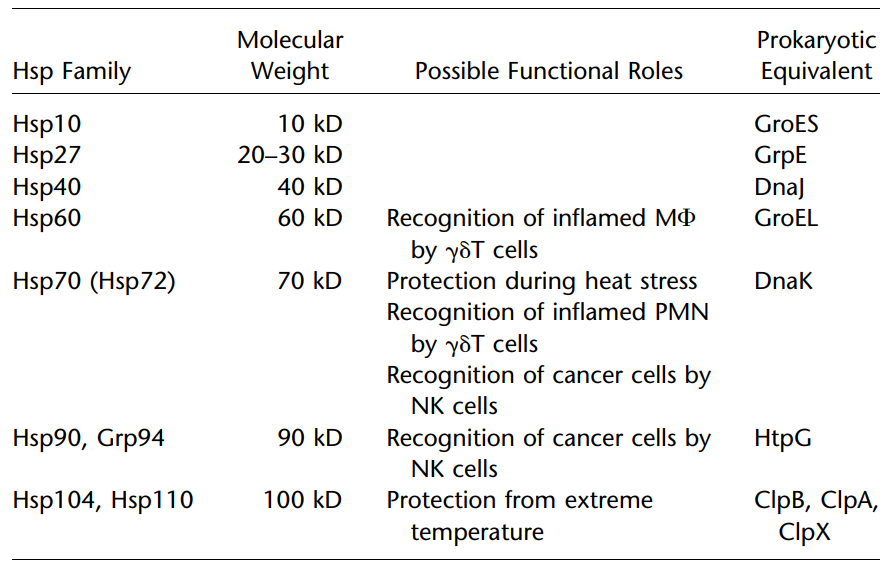 Several bacterial or parasitic infections activate specific γδ T cell subsets that are capable of responding to Hsp60 and Hsp70. These γδ T cell subpopulations have been shown to have an essential role in the protection of the host against infections, for example in experimental Listeria monocytogenes, Mycobacteria tuberculosis, or Plasmodium malaria infections. Thus, when the immune surveillance system detects Hsp molecules on the surface of host cells, it recognizes these cells as pathogen-afflicted and induces a cytotoxic immune response that results in the elimination of the affected host cells.

The Function of HSP in the Cellular Context

HSPs were first described as heat shock-induced genes and originally thought to be a generalized cellular defense response to combat denaturation of folded proteins. The presence of constitutive HSPs was likewise thought to primarily serve in nascent protein folding. However, HSPs now appear capable of providing a plethora of cellular functions in normal cells, as well as interacting within the stressed cell in a more directed and targeted manner to promote cell survival.

The majority of PD cases are idiopathic, although a small percentage have been linked to genetic or environmental sources. Despite the unknown etiology, several observations related to HSPs appear relevant in PD and/or synuclein pathology. Several lines of evidence point to an associated loss of HSPA members in PD progression. For example, decreased expression of HSPA8/Hsc70 and other critical members of the ubiquitin-proteasome system have been associated with idiopathic PD. HSPA9 mortalin expression levels are decreased in PD postmortem brain, in both frontal cortex and substantia nigra, where degeneration is most often observed.

Creative Biolabs pays attention to the study of γδ T cells. HSP72 might be a potential candidate for the adjuvant for γδ T cells in tumor immunotherapy. HSP60 and HSP70 could be valuable biomarkers for the prediction of an early stage in tumorigenesis. Now, we are also focusing on the services of γδ T cell receptors. If you have any questions, please contact us.