According to their effector functions, γδ T cells can be divided into three subgroups: IL-17 producers, IFN-γ producers, and innate-like γδ T cells. They are defined as the expression of the transcription factor PLZF (promyelocytic leukemia Zinc finger) and the simultaneous production of IFN-γ and IL-4, or the ability to rapidly produce IL-17 or IFN-γ without T cell receptor (TCR) involvement under the stimulation of cytokines. The effective subgroup of γδ T cells can be described by the surface expression of CD27, a member of tumor necrosis factor receptor (TNFR) superfamily. IFN-γ is produced by γδ T cells, which is characterized by the expression of CD27, whether in response to TCR stimulation or cytokines. However, the production of IL-17 by γδ T cells is limited to CD27 subgroup. In contrast, IFN-γ/IL-4 cogenerated innate-like γδ T cell subsets are characterized by co-expression of CD27 and NK cell marker, NK1.1.

γδ T cells with extensive effector functions participate in different physiological and pathological processes. They can produce immunomodulatory cytokines and participate in the protective immunity against viruses and intracellular pathogens (tumor necrosis factor (TNF)) and IFNγ), extracellular bacteria and fungi (IL-17), and extracellular parasites (IL-4, IL-5, and IL-13). These cytokine responses are also the basis for the beneficial or harmful effects of γδ T cells in the process of endogenous stress-induced immunity, such as tumor-induced inflammation (through the production of IFNγ, IL-6 and granulocyte-macrophage colony-stimulating factor (GM-CSF)), autoimmunity (by the production of IFNγ and IL-17), allergy and asthma (by the production of IL-4 and IL-13). 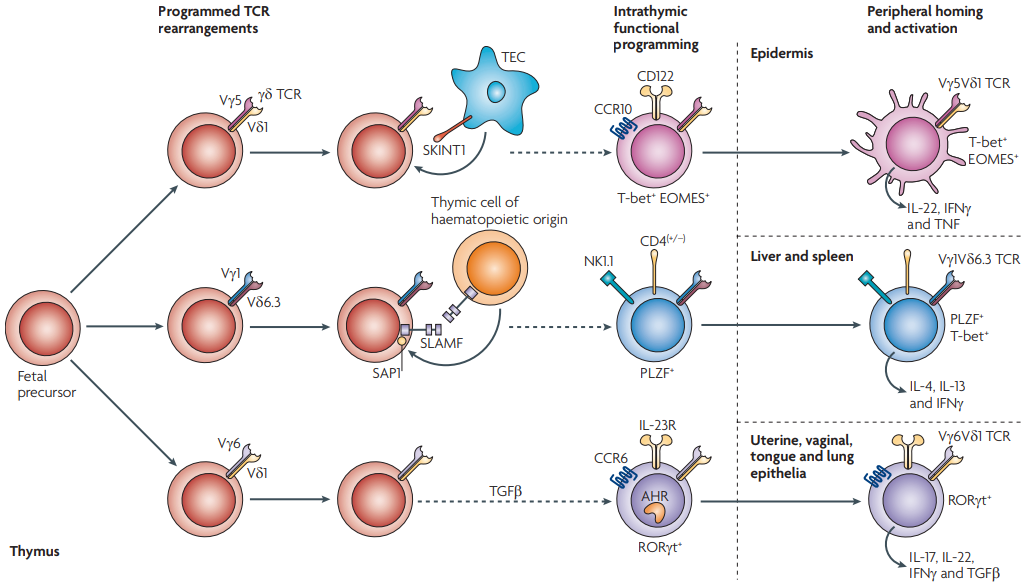 In addition, γδ T cells can infiltrate mouse and human tumors and recognize tumor antigens, secrete cytotoxic molecules such as granzyme and perforin, and have the potential to activate an adaptive immune response, making them the candidate cells for adoptive cell therapy.

γδ T cells have some inherent cellular characteristics, which enable them to activate early after recognizing conservative stress-induced ligands. They can rapidly produce cytokines to regulate pathogen clearance, inflammation, and homeostasis in response to tissue stress. In addition, the effector function of γδ TCR in tumor microenvironment is induced by the interaction between γδ TCR and stress-induced molecules expressed on tumor cells. The inherent characteristics of γδ T cells are the basis for their non-redundant role in a variety of physiological and pathological environments, including pathogen infection, immune surveillance, cancer, and autoimmune diseases. Therefore, new immunotherapy methods are being designed. 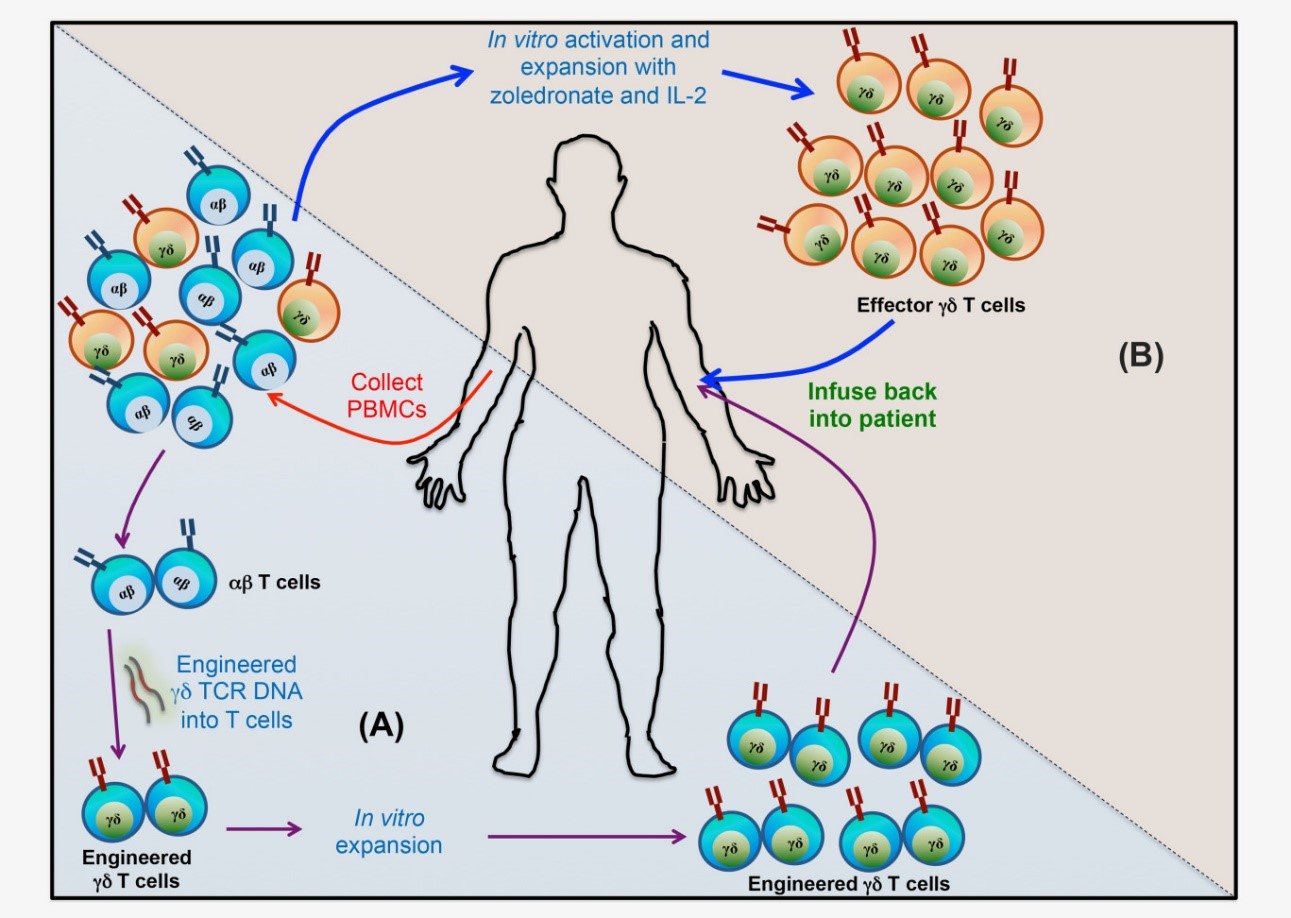